Training as a Gas Engineer

Training as a Gas Engineer

I have personally trained eight engineers from a well-known training centre. I think the main point I’m going to try and explain to you, is realistic expectations. I will give you some examples of different people that have trained with me so you can see which one you relate to the most, then I will explain more about the job after. I have changed the names and jobs slightly so not to infringe on any of the people who have trained with me.

Peter had been a plumber before he came to do his training with me. It became apparent very quickly that he was going to find crossing over to gas work very easy. Peter also worked as a domestic appliance repair man. You could tell that logical thinking and working with tools came easily to him. He completed his portfolio for his gas in under three weeks; this usually takes a trainee around six months! He stayed for the experience on the job until he did his exams, which he passed the first time. Peter had run a successful business before and set up on his own as a plumber/gas fitter. However, after a few months, he decided that he couldn’t sustain the right kind of work he was looking for so left to become a smart meter fitter. I have no doubts that within a year or so Peter will start to work his way up the ladder into management. Peter was 41 years old at the time he trained with us.

Dan had worked previously in an office. However, he had grown up working closely with his dad who wasn’t a plumber but was a general handyman. In the first few weeks, we went over the basics. Dan had clearly read his books. He knew many of the rules and regulations which I think at times made him run before he could walk. I steered him in the right direction. We started off with the basics and built up his confidence and skill set. I think Dan spent just under a year doing hands-on training working five days a week. He covered every aspect of plumbing and gas at some level over that year, from bathroom installation to boiler repair. Dan qualified and set up his own business. He applied to work for British Gas as a subcontractor to top his wage up. He now works five days a week for British gas and does a few of his own jobs at the weekend. Dan is an intelligent, hard working young man, aged 23.

Steve came to us from the printing industry he is 38 years old. He had been made redundant and used his redundancy money to pay for his course. He came out with us for around nine months. Steve grasped all the concepts of plumbing and gas relatively quick. He was able to work to a good standard towards the end of his training. He set up his own business on passing his exams. For the first few months, I helped him pricing up jobs, and I had many hours going through technical problems over the phone. A few times I have gone out and helped him on the job when he has got stuck. He sometimes gets frustrated as he knows some very advanced things but can sometimes get stuck with basic plumbing and gas problems. Steve is a competent installer and with time will make a great engineer. However, he does require the help and advice from time to time on jobs.

Simon had driven a bus all his life. He did not even have basic DIY skills. On his first day, he had to be shown how to hold tools and how to drill a hole in a wall. Simon stayed with us for close to a year. Despite my best efforts to show him as much as I could, it became clear that even understanding the names of fittings and tools was beyond him. He decided to leave and go back to his old job. It’s unfortunate, but he was just not mechanically minded, and the main reason he wanted to become a gas engineer was that he thought he would earn a huge salary. He had no interest in actually doing the job.
When a training centre offers a figure of 98% pass rate be sure to ask them if that includes people who start the course but simply never finish it?

Some courses offer 100% guaranteed placement. If they don’t ensure you have someone willing to take you on before you agree to do the course.

Also, you have to consider what kind of placement. Some of the people that trained with me went somewhere else first. They had maybe one day of work a week because that particular placement didn’t have much work on. A few went to a fireplace fitting place first. They quickly understood that what you could learn was very limited from a placement that just did one thing.

Carefully consider your personal background. If you currently work with tools, for example, a mechanic or already in another area of the building trade you may find the transfer easy. If you are not a hands-on person, it might be a good idea to volunteer somewhere for free. Instead of taking a holiday for two weeks, find a local firm and offer your services. You will be in a far better place to know if its right for you or not.
Budget your money correctly. Remember that a school leaver going into this industry would spend three years plumbing and a year doing gas. You have to ensure that if you are struggling, you are financially able to work for as long as it takes to build up your experience.

Have realistic expectations about what kind of job you are going to be able to get once qualified. It will be very hard to walk into a job after doing a course over someone who has done the job as an apprentice trained engineer.

Going self-employed is even more of a risk. Realistically you have to budget for your course, the time gaining experience and then all the tools, equipment, insurances you will require to set up your own business.
If you manage to get this far, you then need to understand that being self-employed is hard work. You have to be a marketing/advertising/ sales/person as well as being a highly skilled gas heating engineer.

That said there are so many different areas of gas and plumbing, you can always specialise in one particular area if you can get the work. For example, in gas, these are lots of specific areas people can specialise in

You can make a good living from just specialising in one of the above areas or you can in time master all of them. To be a plumber/gas heating engineer you also have to be handy with other trades. For example, you have to have joinery skills to be able to take up a floor or a kitchen cupboard for access. You may have to do building work when removing an old flue or repositioning of a boiler. Electrical work which you will be required to be qualified to do, for example, every time you fit a boiler you will have to wire it into the mains.
Lastly, the most significant bit, as a gas heating engineer, you are dealing with people’s safety. The industry is clamping down on individuals who do substandard work. You should be a confident person to know that you can do the job correctly and safely. I remember my gas trainer saying a good gas heating engineer has to have a conscience. As a plumber, you must always bear in mind that water has the potential to cause thousands of pounds worth of damage from a leak.

The purpose of this article is not to discourage you if you have a keen interest and passion for learning to become a plumbing/gas heating engineer, just remember it can be a very physical job. If you are technically minded, open to learning new things and able to support yourself financially, then this might be for you.

If your interest in retraining is because you think you will make £50,000 a year, then this is not for you. I would say a maximum age of mid-20s with no experience and even with a good background no later than 40.
I hope this has helped you to make the right decision. Being a gas engineer can be a rewarding job that has something new to offer every day. It also comes with huge responsibility and requires a massive amount ok knowledge. 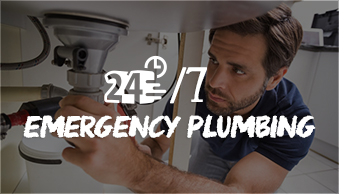 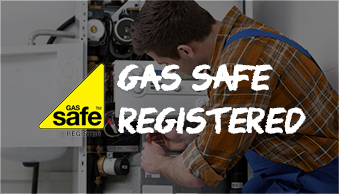